I survived my second Gen Con and am pleased to report that the gaming industry is thriving.  Dubbed the best four days in gaming, Gen Con set a new attendance record of over 56,000 unique visitors and weekend turnstile counts surpassing 184,000.  Last year I dubbed a winner of Gen Con, but this year did not have a feeling that one gaming company had a stronger show than another.  It really was a situation that the gamers are the real winners considering the innovation and creativity that this industry is producing. 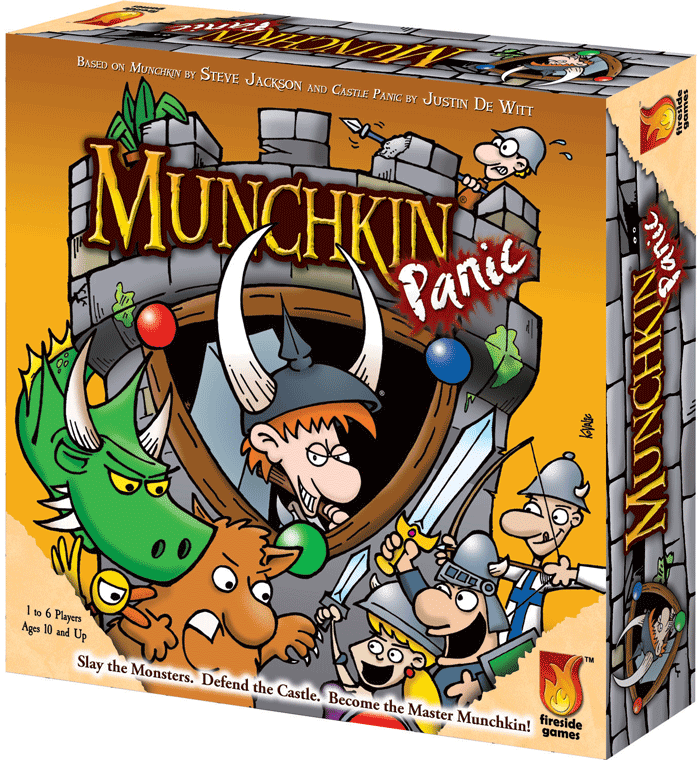 Biggest Surprise - Munchkin Panic
I will admit that I had my reservations about the Munchkin branding of one of my family's favorite games.  Castle Panic and Dead Panic are staples on my gaming shelf that really deliver a great cooperative gaming experience that I didn't think would mesh with the Munchkin way.  I am happy to report that I was dead wrong and should learn to trust Fireside Games.  Justin De Witt took us through a demo and it was an absolute blast.  The great John Kovalic produced some stunning visuals for the game and the mechanics of treasures, castle cards, and curses created a unique experience that makes this a completely different experience than Castle Panic. I wish we got to try it with the mini-expansion that is included in the game to add even more Munckin to our game, but I appreciate that the game allows you to customize how much Munchkin you incorporate into your tower defense. 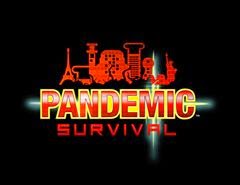 Best Event - Pandemic Survival
My friend and I had the good fortune of participating in Z-Man Games first ever Pandemic Survival event.  It brought together teams of two and had them compete in the same game of Pandemic in a valiant effort to save mankind from the four diseases that seek to wipe it out.  While we didn't fare as well as we had hoped (we were second to last), it was one of the highlights of the convention.  It was an absolute blast and I walked away feeling excited and that I was ready to play again.

Best of my Haul:
Enough about that. What about the games that I picked up?  One of the highlights is filling up the trunk of my car with the new games and hoping my wife isn't too upset with the amount of money spent.  Here are a couple of the notable games that I have already been enjoying with my family.

Machi Koro - It was great to finally play this game and bring a copy home to play with my son (he loves it!).  It is a game where the premise is simple and light in the early stages, but ramps up as you progress and unlock the ability to build new buildings and unlock special abilities.  Lots of tense moments late in the game as you attempt to roll for the card that will put you over the top. 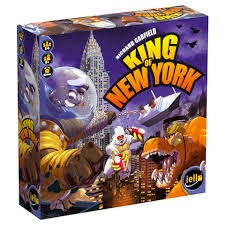 King of New York - The sequel to King of Tokyo had a lot to live up to, and I am pleased to report that it is a worthy sequel to its predecessor.  What I love most about King of New York is that the player actually is a giant monster rampaging through the city.  You gain points and abilities for knocking down buildings, are fired upon by the military, and get to trek all over the city as you attempt to earn your 20 victory points.