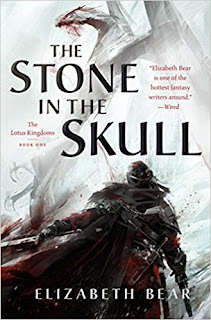 
The Stone in the Skull, the first volume in her new trilogy, takes readers over the dangerous mountain passes of the Steles of the Sky and south into the Lotus Kingdoms.

The Gage is a brass automaton created by a wizard of Messaline around the core of a human being. His wizard is long dead, and he works as a mercenary. He is carrying a message from a the most powerful sorcerer of Messaline to the Rajni of the Lotus Kingdom. With him is The Dead Man, a bitter survivor of the body guard of the deposed Uthman Caliphate, protecting the message and the Gage. They are friends, of a peculiar sort.

They are walking into a dynastic war between the rulers of the shattered bits of a once great Empire.

Why We Want It: When I hear there is anything new from Elizabeth Bear I am already in line. Seriously. Bear's novels never fail to sweep me up and away. Her last, Karen Memory, was a phenomenal weird western I've given multiple times as gifts. I suspect this one will be on my gift-giving guide as well. 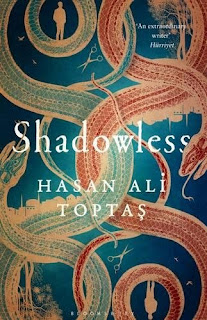 
In an Anatolian village forgotten by both God and the government, the muhtar has been elected leader for the sixteenth successive year. When he staggers to bed that night, drunk on raki and his own well-deserved success, the village is prosperous. But when he is woken by his wife the next evening he discovers that Nuri, the barber, has disappeared without a trace in the dead of night, and the community begins to fracture.

In a nameless town far away, Nuri walks into a barbershop as if from a dream, not knowing how he has arrived. Try as he might, he cannot grasp the strands of his memory. The facts of his past life shift and evade him, and as other customers come and go, they too struggle to recall how they got there.

Blurring the lines of reality to terrific effect, Shadowless is both a compelling mystery and an enduring evocation of displacement from one of the finest, most exciting voices in Turkish literature today.

Why We Want It: I love finding genre in translation and after stumbling on this cover I knew I had to put this one on my list. I'm not sure I've read any Turkish literature yet so this will be such a wonderful addition to my shelves. 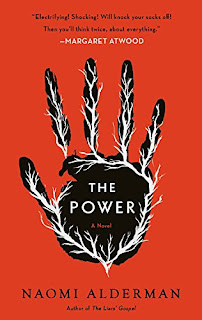 
In THE POWER, the world is a recognizable place: there's a rich Nigerian boy who lounges around the family pool; a foster kid whose religious parents hide their true nature; an ambitious American politician; a tough London girl from a tricky family. But then a vital new force takes root and flourishes, causing their lives to converge with devastating effect. Teenage girls now have immense physical power--they can cause agonizing pain and even death. And, with this small twist of nature, the world drastically resets.

From award-winning author Naomi Alderman, THE POWER is speculative fiction at its most ambitious and provocative, at once taking us on a thrilling journey to an alternate reality, and exposing our own world in bold and surprising ways.

Why We Want It: It has a blurb from Margaret Atwood on the cover and the premise sounds flipping incredible. I want this book so much! 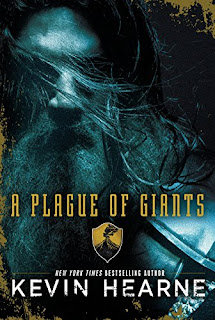 
From the author of The Iron Druid Chronicles, a thrilling novel that kicks off a fantasy series with an entirely new mythology—complete with shape-shifting bards, fire-wielding giants, and children who can speak to astonishing beasts

MOTHER AND WARRIOR
Tallynd is a soldier who has already survived her toughest battle: losing her husband. But now she finds herself on the front lines of an invasion of giants, intent on wiping out the entire kingdom, including Tallynd’s two sons—all that she has left. The stakes have never been higher. If Tallynd fails, her boys may never become men.

SCHOLAR AND SPY
Dervan is an historian who longs for a simple, quiet life. But he’s drawn into intrigue when he’s hired to record the tales of a mysterious bard who may be a spy or even an assassin for a rival kingdom. As the bard shares his fantastical stories, Dervan makes a shocking discovery: He may have a connection to the tales, one that will bring his own secrets to light.

REBEL AND HERO
Abhi’s family have always been hunters, but Abhi wants to choose a different life for himself. Embarking on a journey of self-discovery, Abhi soon learns that his destiny is far greater than he imagined: a powerful new magic thrust upon him may hold the key to defeating the giants once and for all—if it doesn’t destroy him first.

Set in a magical world of terror and wonder, this novel is a deeply felt epic of courage and war, in which the fates of these characters intertwine—and where ordinary people become heroes, and their lives become legend.

Why We Want It: I love Kevin Hearne's writing and his approach to world-building. I am beyond stoked for this upcoming epic fantasy. 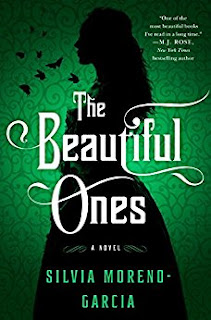 
Antonina Beaulieu is in the glittering city of Loisail for her first Grand Season, where she will attend balls and mingle among high society in hopes of landing a suitable husband. But Antonina is telekinetic, and strange events in her past have made her the subject of malicious gossip and hardly a sought-after bride. Now, under the tutelage of her cousin’s wife, she is finally ready to shed the past and learn the proper ways of society.

Antonina, who prefers her family's country home to the glamorous ballrooms of the wealthy, finds it increasingly difficult to conform to society’s ideals for women, especially when she falls under the spell of the dazzling telekinetic performer Hector Auvray. As their romance blossoms, and he teaches her how to hone and control her telekinetic gift, she can't help but feel a marriage proposal is imminent.

Little does Antonina know that Hector and those closest to her are hiding a devastating secret that will crush her world and force her to confront who she really is and what she's willing to sacrifice.

Why We Want It: I think Silvia Moreno-Garcia is too often overlooked when people are looking for their next favorite read. Pick up any of her novels and you better settle in because you will be sucked in and not want to leave her world. 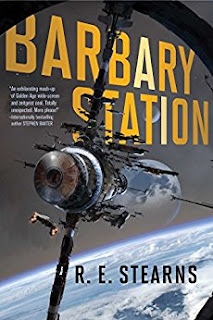 
Two engineers hijack a spaceship to join some space pirates—only to discover the pirates are hiding from a malevolent AI. Now they have to outwit the AI if they want to join the pirate crew—and survive long enough to enjoy it.

Adda and Iridian are newly minted engineers, but aren’t able to find any work in a solar system ruined by economic collapse after an interplanetary war. Desperate for employment, they hijack a colony ship and plan to join a famed pirate crew living in luxury at Barbary Station, an abandoned shipbreaking station in deep space.

But when they arrive there, nothing is as expected. The pirates aren’t living in luxury—they’re hiding in a makeshift base welded onto the station’s exterior hull. The artificial intelligence controlling the station’s security system has gone mad, trying to kill all station residents and shooting down any ship that attempts to leave—so there’s no way out.

Adda and Iridian have one chance to earn a place on the pirate crew: destroy the artificial intelligence. The last engineer who went up against the AI met an untimely end, and the pirates are taking bets on how the newcomers will die. But Adda and Iridian plan to beat the odds.

There’s a glorious future in piracy…if only they can survive long enough.


Why We Want It: Yes. Yes. Yes. Give this to me now please and thank you. I have been waiting for this book since I first heard about it a year ago.
Posted by Unknown at 12:00:00 AM