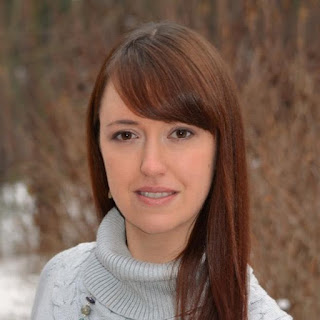 Karina Sumner-Smith is the author of the (excellent!) Towers trilogy, all three of which have been reviewed here (and here) at Nerds of a Feather. The combination of dystopian post-apocalyptic elements with fantasy aspects (most notably, magic and ghosts) is not to be missed! In addition to novel-length work, Karina has published a range of science fiction, fantasy, and horror short stories that have been nominated for the Nebula Award, reprinted in several Year’s Best anthologies, and translated into Spanish and Czech. She lives in Ontario near the shores of Lake Huron with her husband, a small dog, and a large cat. For more info, you can peruse her website (http://karinasumnersmith.com/) or follow her on Twitter, @ksumnersmith.

I’ve just started Kazuo Ishiguro’s The Buried Giant. I like reading a range of novels, but this one is actually a selection for a science fiction and fantasy book club that I attend in Toronto on a semi-regular basis, despite the 3+ hour drive required to get me to meetings. (That drive does seem a little ridiculous, but they chose my first novel as their first club pick and—seeing that they have such excellent taste—I’ve been going back ever since.)

Julie E. Czerneda’s This Gulf of Time and Stars. After six books and countless re-reads, I’m fully invested in the Trade Pact universe and can’t wait to see how the story continues in this new trilogy. I was also lucky enough to hear Julie read a section of the book at the Ad Astra convention in Toronto this past spring, and have been wanting to find out what happens next ever since.


3. Is there a book you’re currently itching to re-read?

Mockingbird by Sean Stewart. I fell in love with this book when I first read it more than ten years ago, and it’s stayed with me ever since, whispering in the back of my brain. I’d say that I’m a bit haunted by Mockingbird, but it’s certainly a comforting haunting: a collection of happy sense memories and odd thoughts about lizards and strange magic and sister/friend relationships. (Well, and that bit about botulism, which comes back whenever I make pickles, but really, let’s not dwell on that part.)

Not just a book, but an author. I read Guy Gavriel Kay’s Fionavar Tapestry when I was a teenager, and was frustrated by those books beyond belief. Because of that early experience, I steered clear of his novels for years—more fool me. Returning to his work, I was taken aback by the sheer poetry of his language, the depth of his world-building, the painful believability of his characters. In spite of what my sixteen-year-old self thought, Guy Kay has become one of my favorite and most trusted authors.

Octavia E. Butler’s Dawn utterly fascinated me.  The writing was captivating—clean and elegant, swift and tense—but it was the story’s moral ambiguity, and the conflict I felt reading it, that truly captured me. Much of my early reading in science fiction and fantasy had much clearer lines between Good and Evil—clear lines, too, between the characters we were to think of as the protagonist, and those who were their enemies. With Dawn (and, truly, the rest of Butler’s writing), I remember wrestling for the first time with the idea that the “good guys” weren’t all good, and the “bad guys” weren’t all bad; that maybe they were all just people, dealing with their own hopes and hurts, struggling to deal with their situations as best they could and sometimes only making things far, far worse. Her books made me uncomfortable—and I still love them for that.

I studied Butler’s writing for years, trying to learn from her work. From Dawn I learned that novels could wrestle with big questions in subtle ways, to try to see the story from all sides, and remember that every character in the story (no matter how little they appear on the page) should be their own person.

My book is Towers Fall, the third and final novel in the Towers trilogy, and it’s the book where everything explodes. (I mean, you can’t have a novel about a city in the sky, call it Towers Fall, and not have some truly drastic things happening.) This one’s about living cities, the crash of a magical economy, ghosts dealing with disasters and surviving social upheaval—but, at its heart, it’s about two young women who change everything by saving each other.

This message brought to you by Zhaoyun, who has been enjoying the reviewing of dystopian scifantasies like Sumner-Smith's here at Nerds of a Feather since 2013.
Posted by Zhaoyun at 12:00:00 AM