It is officially one week from Thanksgiving!  The time when we take a break from our weekly routine, and give thanks for comic books.  My favorite holiday of the year and a time that allows me to revisit classic arcs and revisit stories that I haven't read in quite some time.  It will be hard to wait a whole week before I dive into some Tofurkey, but once again we have been blessed with some great books to hold us over. 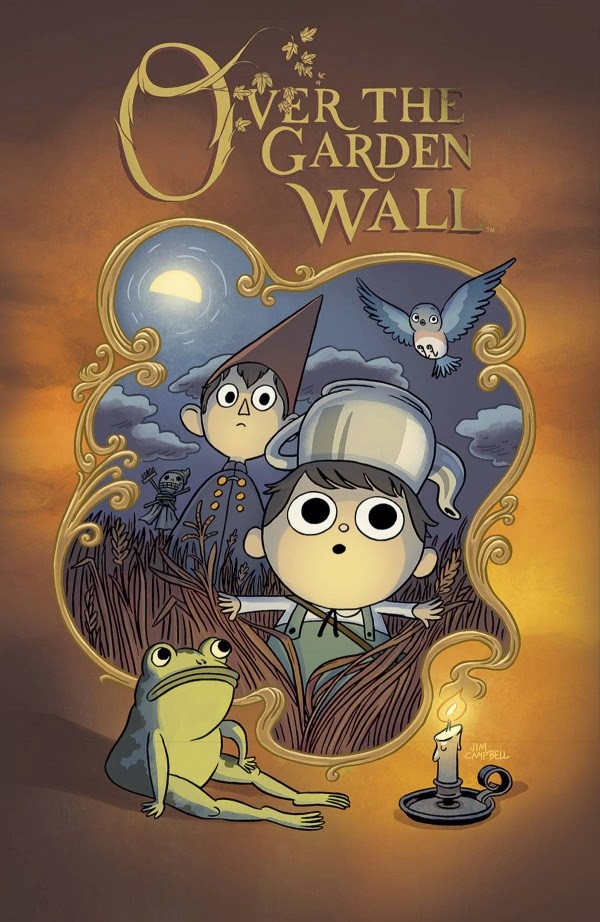 Pick of the Week:
Over the Garden Wall Special #1 - Over the Garden Wall is a comic spin-off of a miniseries from Cartoon Network.  Created by Patrick McHale, this miniseries follows two brothers (Wirt and Greg) who get lost in a dark and whimsical forest called the unknown.  The comic has all of the magic and charm of the show and involves the boys sailing off in a pasture with the Four Wayward Soldiers.   For a children's show and book, it is a little dark, but it is absolutely wonderful.  Greg reminds me a lot of Mei from Totoro.  Both are a walking definition of what it means to be a child full of hope and imagination. Wirt is a wonderfully nervous older brother who loves Greg more than he would like to admit.  Over the Garden Wall is a magical tale that should not be missed in either print or animated form.

The Rest:
Daredevil #10 - I think the reason I enjoy Waid's run on Daredevil are the small things that make him relatable.  Last issue, Daredevil was pushed to the brink by Killgrave's children and this issue opens with a powerful monolog addressing the depression that has affected Daredevil throughout his life. This is one way that Waid makes the book bigger than the superhero and I love it.  Not to mention that once the kids have the adults in town hiding from them they take over an arcade.  Awesome.

Inhuman #8 - Prior to Inhuman and I hadn't read a lot of Charles Soule and I plan on fixing that soon. The air of mystery that is surrounding Black Bolt and Maximus in the aftermath of their bomb is reaching a boiling point.  Inhuman is a good human drama akin to the early X-men and even to an extent, Battlestar Galactica.  It is difficult to judge who you can trust and who has his or her own agenda.  I suspect that Queen Medusa is viewing Black Bolt from the lens of being his wife and her judgement of his recent actions is flawed.

Fables #146 - The impending end of this great series has caused me to revisit this title and I fear I am too late!  The arc of Rose Red throughout this series has been fascinating to read.  She started as a simple troublemaker and is going to fulfill a destiny that will shock the entire Fables community.  Without spoiling anything, that state of Bigby is going to force my hand to backtrack and attempt to get current with this series before issue #147 drops.  It is going to be tough to say goodbye to this old friend.  I often use Fables as a gateway comic to hook unsuspecting friends on comics.