THE MONTHLY ROUND - A Taster's Guide to Speculative Short Fiction, 10/14

This is a first in a monthly series, in which Charles highlights his favorite stories from the month's science fiction and fantasy publications. We started this series for two reasons. First, because we love short fiction. Second, because, like others, we don't think there's enough critical discussion of short fiction, and believe more of it would positively impact the genre, fandom and the awards nomination process that will soon be upon us.

Here's how our contribution will work: every month, Charles will pick six stories and three flash pieces that spoke to him. He reads widely, but not comprehensively (who could), so these are not supposed to be "the absolute best stories of the month according to some objective scale applied evenly to everything," but rather "a taster's guide," as he's put it. Think of it like a cheese plate or tasting flight (a metaphor that makes even more sense when you consider that Charles is from Wisconsin). 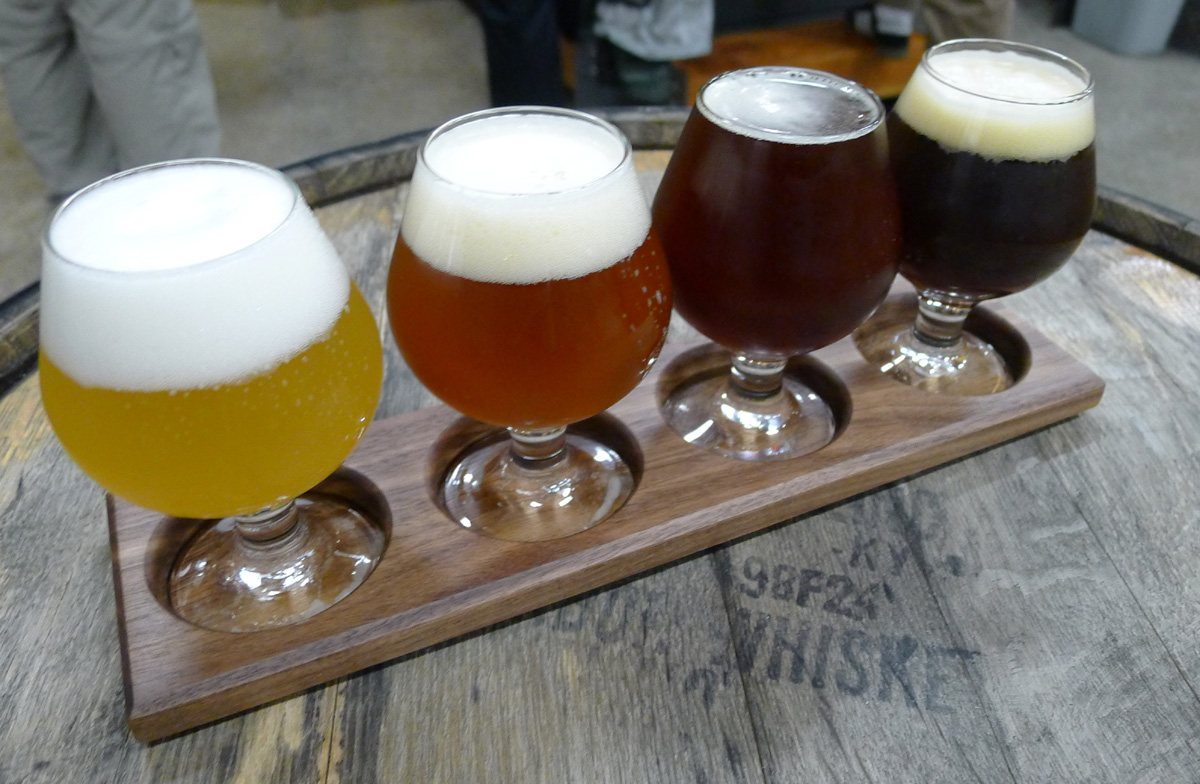 Finally, if you are wondering why your favorite magazine is not represented here, it may be that Charles simply didn't find one of his top stories there this month. But Charles is also limited to magazines available to him, which generally means "those magazines putting fiction up for free on their websites and/or who have provided current issues to him." If you want Charles to consider magazines available only for purchase, please contact me at: nerdsfeather.theg@gmail.com

But enough with all this introductory matter! Here are Charles' picks, with links to the stories or places to purchase the stories in the parentheses...

Crisp and brash and a little bitter, "Mabo" by Megan Chaudhuri hits like an IPA, a bit intimidating if you don't know what to expect but incredibly rewarding for those who stick around to find out. There is a roughness to it that might push some people away, but for those who know their stuff nothing satisfies quite like a cold IPA. It's a science fiction story with layers and secrets that unfold in tantalizing jumps, bringing the reader further and further into a new and intriguing place. Dealing with ablism and loss, the story lingers on the tongue, the bitterness of first blush giving way to an invigorating experience that left me craving more.

Pouring an inky black, "Dream of the Fisherman's Wife" by A.C. Wise is not for the faint of heart. It is a stout aged in bourbon barrels, the first sniff smoke and saltwater, a smoldering scent that gets the saliva working. This is a sensual story, one to be savored in deep sips that slide down the throat with the taste of aged wood and the lingering feel of the sea, not quite fishy but giving the impression of seafood and soy sauce. It is the story of a man, his wife, and a sort of ethereal squid, the three involved in a sexual relationship that is first separate, then all together, yielding to the call of the sea. It is a story about choice, about life on land and life under the water. The three characters, entwined, chose to embark in a new kind of relationship, in a new kind of world, letting the old drop away. It finishes strong, triumphant, most definitely leaving the taster with a slight flush in the cheeks and a smile on the lips.

"Coins for Their Eyes" by Kris Millering (Apex Magazine #65)

"Coins for Their Eyes" by Kris Millering has an old taste, complex and with hints of something just out of reach. It's a Sangiovese, a deep red wine, like blood, with a tang and the grit of tannins. About memory and the in-between of life and death, and also creepy dolls, the story might need to be aired a bit, might need to be read twice in order to appreciate the rich complexity of its structure and style. Part horror and part urban fantasy, this is a dryer story, though with a few hints of sweetness. At first it might be easier to think that this is a story that needs to choose sides, that needs either to be like a milder pinot noir or an even dryer cabernet sauvignon. But it thrives in the in-between, and finds its own feel, its own voice in its own space. 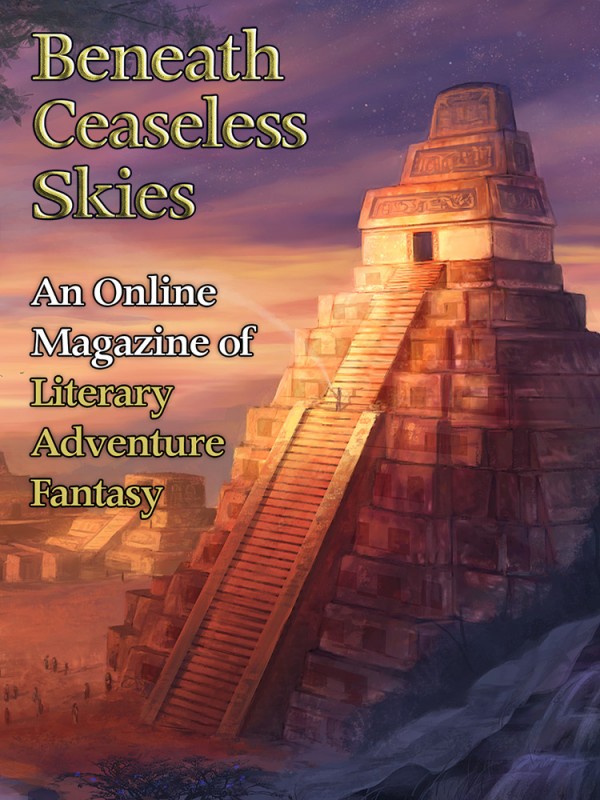 "Heaven Thunders the Truth" by K.J. Parker (Beneath Ceaseless Skies #157)

Incredibly drinkable, "Heaven Thunders the Truth" by K.J. Parker is the perfect thing to have after a long day. It's a lager, slightly sweet and very smooth and light enough that you can almost forget that you're drinking at all. While not the headiest of stories, there's enough of it to be satisfying and fun. Most likely it's not going to shake your world, but it's clever and pleasant, just the thing to take the edge off, with plenty of smiles and easy laughs. Like a good lager, though, there's enough there that it doesn't fade completely. The story features some great world building and a delightful main character, and the plot, while not the most groundbreaking, hits all its notes in stride and glides smoothly to the end.

"Seeking boarder for rm w/ attached bathroom, must be willing to live with ghosts ($500 / Berkeley)" by Rahul Kanakia (Clarkesworld #97)

A story about loneliness and things not done, "Seeking boarder for rm[…]" by Rahul Kanakia is a strange thing, a series of listings that act as the journal of a man desperate for human contact. It's an Ecto Cooler, a mix of melon and peach liqueur, amaretto, and vodka with pineapple and grapefruit juice. It's sad, ectoplasmic, and as desperate a drink as they come. The story, like the drink, embodies a grasping at the past, for comfort, for companionship, for a time before the loneliness sank in. And also like the drink, the main character, the man reaching out for someone else, anyone else, can never quite manage to recapture that taste, that feeling of being happy, of being young and free. The story is full of flavors, full of ghosts and small, personal dramas, the mundane mixing with the supernatural. It's one that sticks on the tongue like a brand, fast to hit, slow to leave.

Neither completely beer nor completely whiskey, "Dust" by Daniel José Older is a mix, a boilermaker. It's certainly strong, slightly harsh, but with each taste complimenting the other, drawing out notes that wouldn't be noticed separately. Jax, the main character, embodies the fluid, the change, is both man and woman, and not about to take shit from anyone. This story is fun and surprisingly dense, leaving the reader blinking, wondering where it all went, aware that a lot has been taken in very quickly and both excited and apprehensive about what comes next. Taken slowly, it is a satisfying sip, and taken quickly it is one hell of a ride. Either way, this story delivers a refreshing and unique experience.

With a hint of the tropics and a contained fire, this one is a shot of spiced rum. About the resolve to erase old prejudices and stop current injustices no matter the cost, this stands well on its own, neat, but with the impression that a bit more substance would smooth it out some.

The comfort of a lie to ease the passing into death, this story is a shot of port, sweet and strong but gone too quickly. The taste is deep and thick and nearly syrupy, the tone dark, and this is one to savor after dinner, while the sun is going down.

A delicious but dark experience, the story is a shot of ouzo and cake vodka, sweet and sugary but with a bit, a shadow lurking in the liquid. Slightly surreal but with a lingering presence, this is one to drink and puzzle over, wondering what just happened but pleased and stimulated all the same.
Posted by The G at 12:00:00 AM