Before you do anything else you want to pick up the Valiant Humble Bundle right here.  For a mere $15 you can get over 80 amazing titles from one of the best indie publishers in the business.  The Humble Bundle has had some amazing deals in the past, but so far the Valiant bundle is by far the best bang for your buck.  This week I didn't pick up too many titles at my LCS.  I have heard that this week's Fables was a tear jerker and that Spider-Gwen is a title that is worth checking out, so I may be making a second stop after work.  At least I got to check out the new lady Thor. 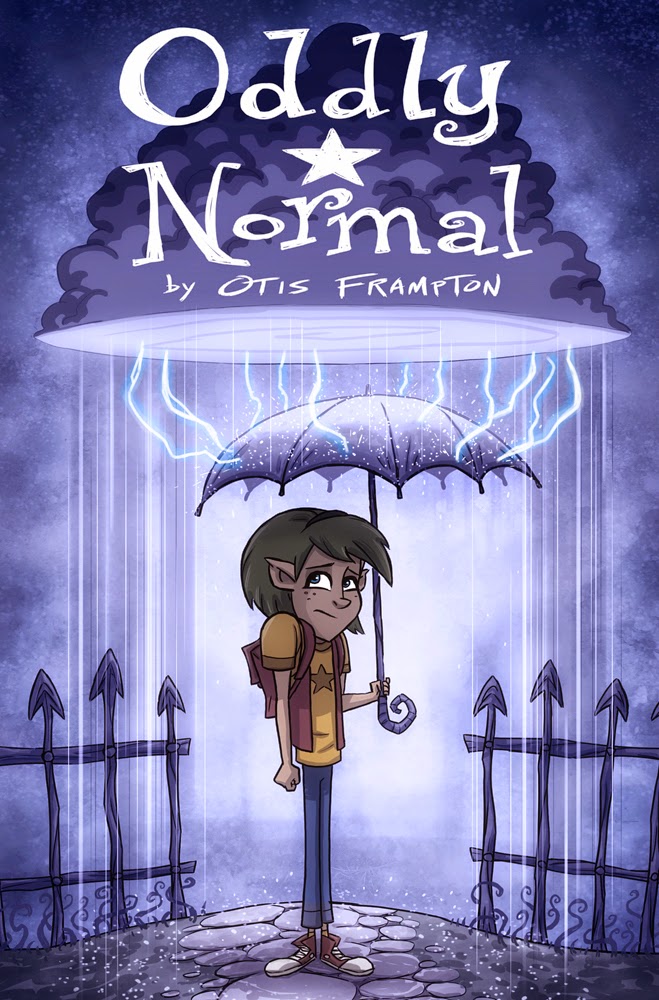 Pick of the Week:
Oddly Normal #1 - As a proud father of two nerdy kids it gives me great pleasure to read a great all-ages titles like Oddly Normal.  Oddly is a half-witch who is having a hard time fitting in.  She has two great parents, but they don't seem to understand what she is dealing with at school.  This book debuts on her 11th birthday and we learn that Oddly Normal is anything but normal.  I have been searching to fill the Harry Potter void in my life and feel that this title is a contender.  While I recommend this to any parent looking for a good title for their son or daughter, I quite enjoyed it as well.  If you, like myself, have enjoyed Harry Potter and Percy Jackson, this title is worth checking out.

The Rest:
Thor #25 - The reign of the current Thor has come to an end.  When Nick Fury revealed certain secrets on the moon, Thor became unworthy to wield Mjolnir.  What we learn in this final book in the series is that he regains his worthiness and has three granddaughters who seek to understand their past.  I will admit that I have not read any of the other Thor titles in this run, but found this one intriguing enough to check out the new lady Thor, even though it seems like a gimmick. At least I can tell my grandchildren that I read the first issue where lady Thor made her debut.

Stray Bullets: Killers #7 - What an odd coincidence reading this book today.  This title opens up at an Orioles game the day after they clinch their first American East title since 1993.  To top it off, the events that unfold started on my 8th birthday!  Sadly this is where all of the happy coincidences end and the dark ones begin.  David Lapham delivers another stunning, yet depressing, issue.  Lapham has a unique ability to tie stories together in a way that is completely plausible that doesn't feel forced.  Eli seems to have a lot going for him, but when you associate with people that are friends with criminals in this world, watch out.  Great series that feels shockingly real.

Daredevil #8 - Matt Murdock is getting settled in San Francisco and things really pick up in this issue.  We are introduced to Killgrave, the purple man, who has mind control thanks to an experimental nerve gas.  When will we learn? Anyhoo, Killgrave has been using this control to seduce women to birth a new army of purple-skinned mind-controlling children!  It sounds silly, but Waid delivers another thrilling issue with a twist that has me itching for the next issue.