As the heading implies, Contrast is like nothing you've ever played before. Of course, there are elements of the game that resemble titles you have in your library, but it manages to introduce a totally new dimension in gameplay that has never been previously attempted. The film noir aspects and the idea of a broken family are nothing new. However, the use of light and shadow as a means to get around the setting, tell the story, and solve puzzles is an entirely new mechanic in gaming. It is somewhat difficult to explain, so I'll just show you. Take a look at this video and you'll see what I mean. Dawn, the protagonist and playable character, can "shift" into and out of shadows. She can (and must) manipulate light sources in order to create shadows and complete levels.

As I said before, you play as Dawn, the sexy yet silent "imaginary" friend of Didi. Didi is a young girl of 7 or 8 whose mother is a lounge singer and aspiring star named Kat. Her father, Johnny, has been kicked out of the house for perpetrating one too many offenses against his family in the form of cons, schemes, and various other less-than-successful sketchy ventures.

I won't get too in-depth as the story is one place that this game really shines. I will just say that Didi enlists Dawn and her ability to "shift" between the three-dimensional world of color and the dark versus light, two-dimensional world of the shadows to ensure that Johnny's most recent plan doesn't falter and their family can become a single functioning unit once again. 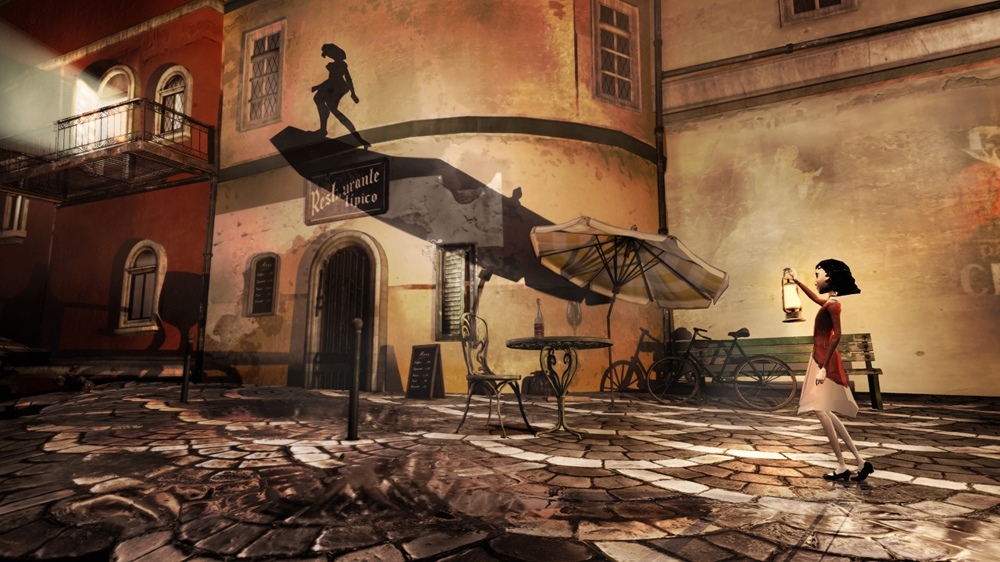 One thing I will say is that I especially liked the ideas that were introduced about the multiverse and the possibility that either Didi, Dawn, or maybe even all of the characters exist in different dimensions. This fascinating theory was furthered by the fact that the entire game takes place in a sort of floating city like that found in BioShock: Infinite. Although it was never really explained why you were walking around in a town that was surrounded by places you could easily fall off of without so much as a hint of a guardrail or other protective apparatus, that only added to the sense that you were operating in another dimension than the one we all inhabit.

Didi and Dawn are the only two characters that appear in three dimensions in the game. All of the other characters only appear as shadows, even though Didi responds to them as though they were three-dimensional flesh-and-blood people. This also serves to increase the player's sense that they are playing in an environment that exists between dimensions, or at least one that is alternate from our own. 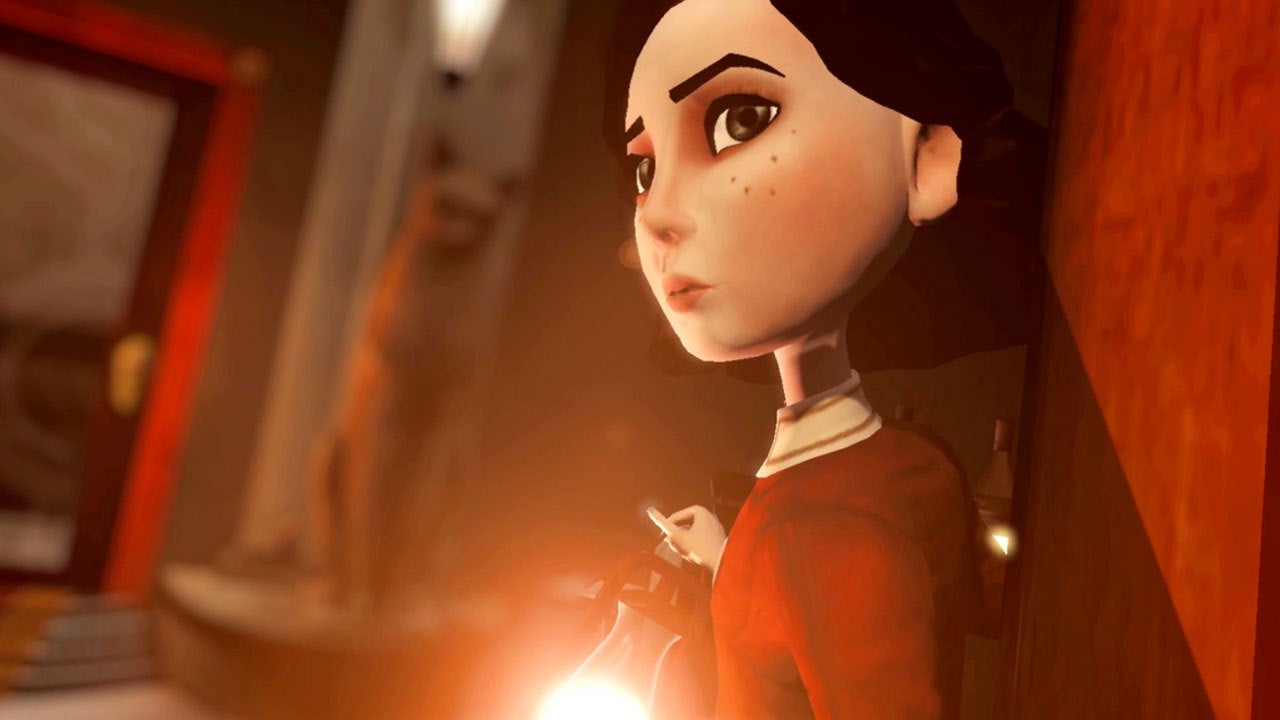 Most of the actual game centers around Dawn's ability to "shift" between two and three dimensions. At times she walks the streets and alleys like any normal character would in a game. At other times, she is flattened into a shadow and must navigate using only other shadows as one would use a sidewalk for transportation, walking thirty feet up along walls as though they were solid ground. At times, Dawn must manipulate light sources in the third dimension in order to navigate the second. Other times, she uses existing character's shadows to move around the world of Contrast. Much of this navigation is done as part of a puzzle that must be solved to further the story. It is an extremely creative, if a little hard to grasp, method of maneuvering about the environment.

This was one place where I really felt that this game fell short. The controls were as squirrelly as they could be. If Grand Theft Auto is like trying to drive a tank, this is like herding cats. Getting Dawn to go where you wanted her to could be an exercise in futility. I died dozens of times when she simply fell to her death due to poor controls. Getting Dawn to do exactly what you wanted her to do often required repeated attempts and sometimes the simplest of movements were maddeningly difficult.

While this game has its flaws, they are easily out-shined by its unique approach to gameplay and the new methods it uses to the traditional platforming puzzle game. The story draws you in and you actually care about Didi and her family, becoming fascinated by their lives and emotionally attached to the outcome. The mystery contained in the world of Contrast is one that still has me considering all the possibilities it presents with regard to multiple universes and dimensions. Multiverse theory is one that has always intrigued me and this game does a wonderful job of presenting some of its details while maintaining a plausible and heart-warming plot at its core. 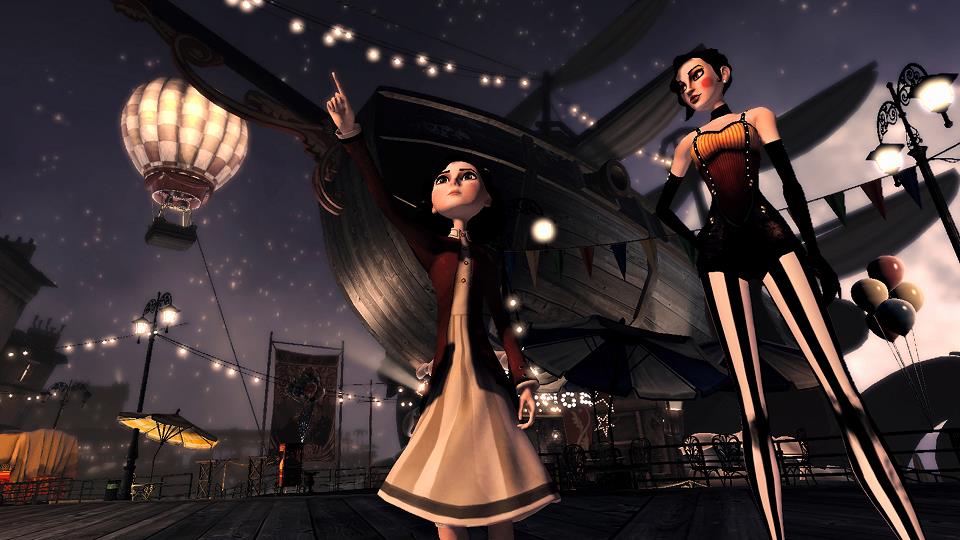 Bonuses: +1 for creating a new type of gameplay mechanic that is unique and original.

Penalties: -1 for game controls that had me cursing like a sailor at times.