Philippe plans to read comics this summer. That's about it.


I never read the books on my summer reading list. As a rule. If I tell someone that I am planning to read this or that novel this summer, I will not read the book. Not that summer, probably not ever. So I’m changing my game plan: I plan on reading a shit-ton of comics this summer. I might actually get through a third of the following list.

1. Crime Comics (but actually Stray Bullets): In my adulthood, I have phased in and out of regular comic reading. One of my ebbs coincided with a brief renaissance of crime comics in the late ‘00s: Vertigo Crime, Brubaker’s Criminal, and…Screw it. I’m rereading Stray Bullets. To catch up. David Lapham’s remarkable Stray Bullets is perhaps the most underrated comic of all time. Or maybe it isn’t. Since I haven't ever reread the entire series, I really can’t say. So this summer, I’ll figure it out. And get caught up.

2. Marvel, but old Marvel: Every three years, I decide that I am going to read some Marvel Comics. (I didn’t like DC as a kid, so…) I ask buddies about what’s going on in the universe, they tell me about all the changes, recommend some of the recent crossover events. I go back to where I left off—Secret Invasion, as of now. And every three years, I’m thoroughly disappointed. So this time around, I’m going to read old school Marvel Comics, the classic runs. Specifically, John Byrne’s Fantastic Four, Walt Simonson’s Thor, and picking up where I left off in 2012 on Chris Claremont’s Uncanny X-Men. I think Storm had a Mohawk.

3. Nonfiction comics: In my humble opinion, this is the future. Of course, nonfiction comics have been around forever. And books like Maus, Palestine, and Persepolis drew an audience that never read, or likely will ever again read comic books. I would perhaps have more to say about nonfiction comics if I had read more of them. So this summer, I dive in. I’ll start with the political: Harvey Pekar’s Students For A Democratic Society: A Graphic History and The Beats: A Graphic History; A.D.: New Orleans After the Deluge by Josh Neufeld; and J.P. Stessen’s Deogratias, A Tale of Rwanda. No autobiographical comic, please. I got enough of those in the ‘90s. 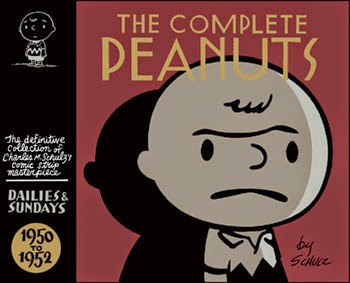 4. Peanuts: Particularly the early years. This one is a bit of a cheat, since I’ve been reading the first decade of Charles Schultz’s strip for the last few months. This is the most perfect comic ever, beautifully drawn and crafted, as well as thoroughly sweet. Plus, Schultz snuck in enough gender politics to make you feel like a better human being—or at least a person who has read a great piece of America.

5. New comics from the comic store: I will walk into the store. I will browse. I will patiently browse. I will select a new book. I will buy it. Maybe I will enjoy it. Or I’ll just buy…

6. Lone Wolf and Cub: This is ambitious. There are 28 volumes in Dark Horse’s omnibus collection. Over 8,700 pages. I’ve loved Lone Wolf and Cub since I was a kid. I tried to track down every issue of the original translations from First and then began buying Dark Horse’s re-releases as they came out. But at some point—volume 12, to be exact—I got bored with the story. After all, it’s 80% increasingly implausible hits. But this time, I am confident that I can finish the whole thing. Though it is 8,700+ pages. But a lot of that is nature shots or people jumping in the air. Four volumes in. This will be a good summer.
Posted by Philippe Duhart at 12:00:00 AM