Happy New Year fellow nerds.  2013 was an amazing year of comics that brought us the conclusion of Locke and Key, Matt Fraction's Hawkeye, Saga, and the sci-fi epic Trillium.  2014 has some big shoes to fill and it will hopefully get off to a good start.  This week's issues technically dropped on December 31, so we will see what 2014 next week.  Here is to the last week of 2013 comics! 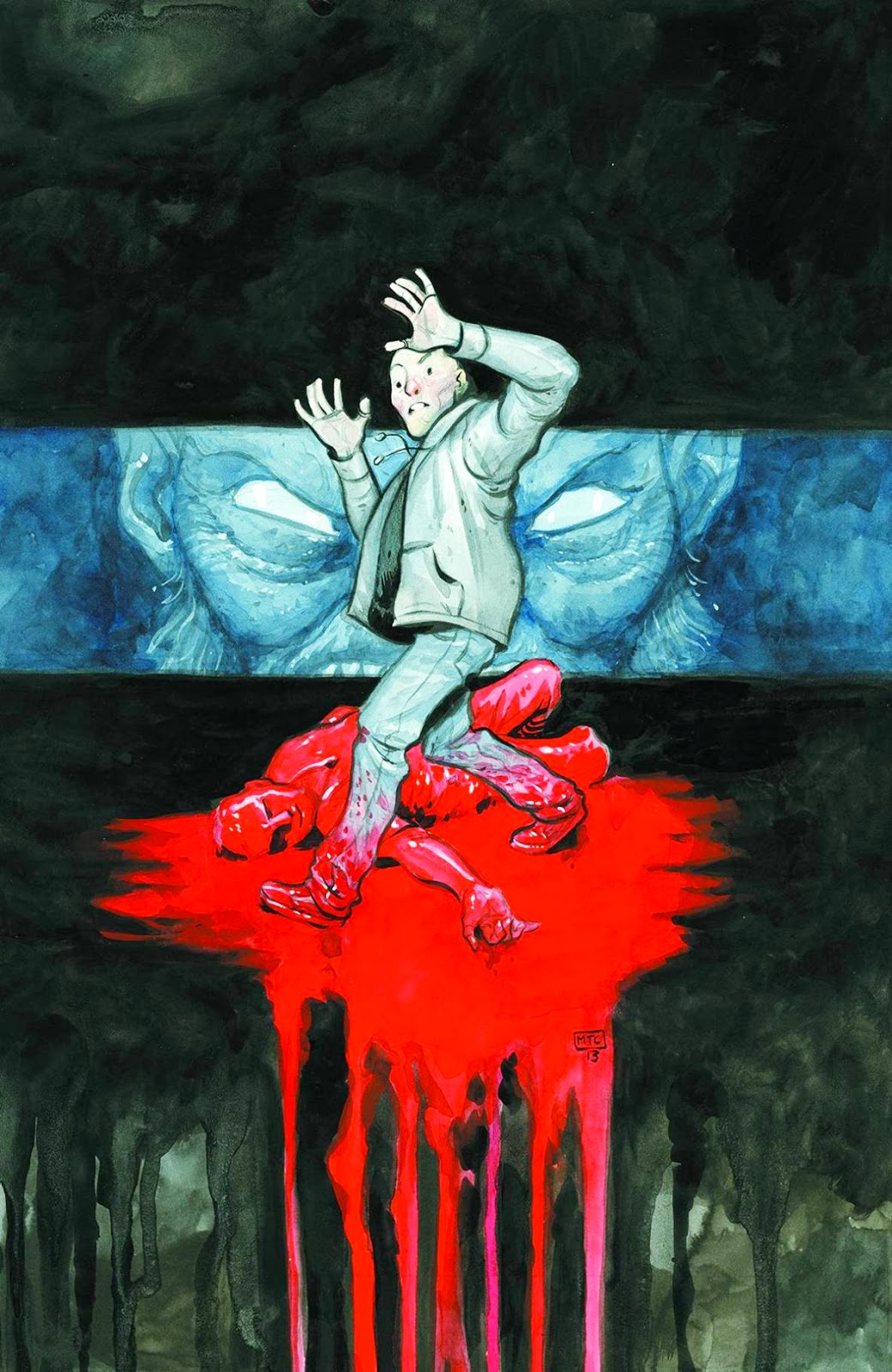 Pick of the Week:
Bad Blood #1 - Jonathan Maberry and Tyler Cook bring us a stunning debut in Bad Blood from Dark Horse.  What I liked about this comic is that it gave a new twist to the vampire genre.  It didn't feel like a cash grab on a hot genre.  Bad Blood is the tale of Trick, a senior in High School and former football star who has been sidelined with cancer.  He is very pale and sickly and wants nothing more than to have a normal senior year.  Due to his sickness, he unknowingly poisons a vampire that bites him and unleashes a series of attacks on his friends.  Given that this comic is set in Anytown, USA, the cops react like most would if a witness described a vampire.  Trick is understandably frustrated as he has nobody to confide his unbelievable story in.  I foresee issues associated with both his sickness and his vampire bite in future issues.  Great art from Crook paired with the witty writing of Maberry make this a must read title.

The Rest:
The Superior Foes of Spider-Man #7 - I caved to peer pressure this week and returned to Nick Spencer's humorous look at some of Spidey's villains.  Superior Foes has had positive buzz since it launched and I read a couple of issues that I enjoyed, but was not hooked.  I am pleased to report that this issue was fantastic and I look forward to picking up the back issues.  This reads great as a stand alone issue and is essentially the origin of the Beetle, a female foe who has fought Captain America and Black Widow.  Janice, the Beetle, started her life of crime at a young age, stealing birthday presents from a friend.  This book is peppered with genuinely funny moments as we learn about Janice's growth into the Beetle.  Great issue from Spencer and company this month.

Fables #136 - I decided to return to an old favorite this week as Bill Willingham has announced that Fables will be concluding in the near future.  While I wasn't current with the Camelot arc, it was surprisingly easy to pick up what was happening and it was enjoyable to see how much Rose has grown.  The art continues to shine and I don't think any comic delivers as frequently with beautiful covers.  While I am going to miss this series, I feel it is time to move on and this issue captivated this mundy's interest for one more trip with this rag tag crew.