Aerospace engineer/startup founder Wil McCarthy, formerly of WIRED and SyFy, has won the Prometheus once and the AnLab award twice.  He’s been nominated for the Nebula, Locus, Seiun, Sturgeon and Philip K. Dick awards, and Discover rated his world of “P2/Sorrow” one of the 10 best fictional planets of all time.  He has appeared in Analog and Asimov's, and his bestselling novels include New York Times Notable BLOOM, Amazon.com "Best of Y2K" THE COLLAPSIUM, and most recently, RICH MAN'S SKY.  He has also written for TV and video games, and published copious nonfiction. 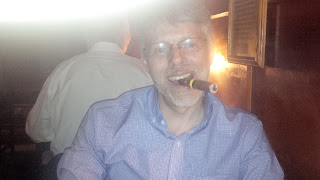 1)  What book are you currently reading? 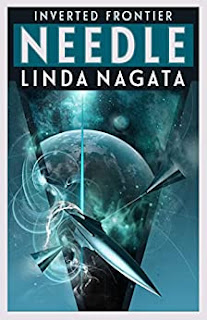 NEEDLE, by Linda Nagata - book 3 of her Inverted Frontier series, which is a sequel to her amazing 1998 novel VAST.

2)  What upcoming book are you really excited about?


Of my own?  POOR MAN'S SKY.  Someone else's? MACHINE LEARNING FROM WEAK SUPERVISION, by Nan Lu, Han Bao, Masashi Sugiyama, Tomoya Sakai and Takashi Ishida.  Because "unsupervised machine learning" is by far the creepiest of today's hot topics.

3) Is there a book that you're currently itching to reread? 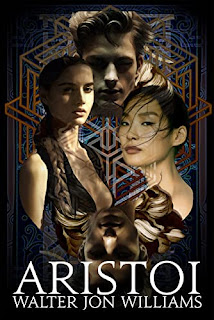 ARISTOI, by Walter John Williams.  First published in 1992, it really seems to have anticipated a lot of the directions science fiction was going to take in the 21st century.  I've been meaning to take another look at it, and see just how visionary it was. 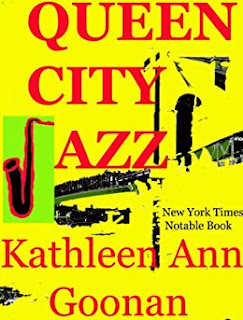 QUEEN CITY JAZZ, by Kathleen Ann Goonan.  Another book from the 90s that seemed low-key and even a bit incoherent in its day, but only because it was ahead of its time.   I think this can be a real problem in science fiction - the really visionary stuff is often hard to see, except in the rear view mirror.  I wish I had told Kathy Goonan that before she died.

5)  What's one book that has had a lasting impact on your writing style? 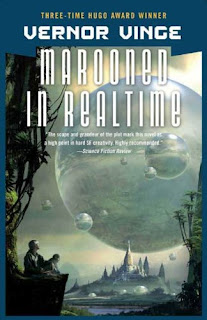 MAROONED IN REALTIME, by Vernor Vinge.  It not only spawned the pop-culture notion of the Signularity, but also showed that a good book (THE PEACE WAR) could have a *great* sequel.  I'm sounding like an old fart, here, because these two books came out in the 80s, but MAROONED was everything I ever wanted from science fiction at that time, and it has held up amazingly well.

6)  What's your latest book, and why is it awesome? 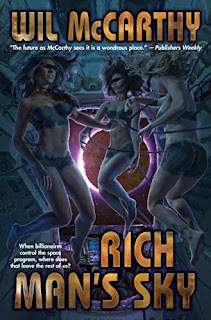 My latest novel is called RICH MAN'S SKY, and it's awesome because it takes a hard look at the future of private space programs, through the eyes of multiple characters seeing the situation unfold from different perspectives.  There are trillionaires, politicians, spies, terrorists, and blue-collar workers, all with their own agendas and viewpoints.  It won the 2022 Prometheus award, so there is at least some objective evidence that it strikes a nerve for some readers.