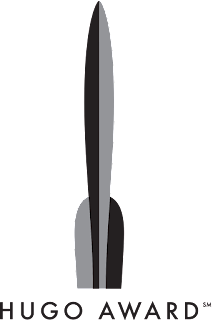 Adri: Our next Hugo category is short story! Four returning Hugo-favourite authors and two with their first (I think) nominations, stories ranging from heartwarming haunted houses to robot mentorship. How are you feeling about this year’s ballot?

I mention this because I don’t have quite the breadth of knowledge of comparison to the rest of the field as I do with novels. Here, I’m coming in relatively cold and can only really talk about the stories in relation with each other and not also with the field. That’s the point, I suppose, but for a change I’m not internally bemoaning that story X was my favorite and didn’t make the ballot.

ANYWAY, I ramble because I care.

As a whole, I really like this year’s ballot. There’s one story that doesn’t quite work for me (and that story is just fine), but the other five are quite good.

Adri: I’m on the other side of things, where I did read a lot of short fiction again last year (although not as much as 2019) and that means that inevitably I have feelings about favourite stories that didn’t make it. Nothing from my nomination ballot is here; I’m not going to share those specific five stories, but they all make an appearance in our recommended reading list so I’ll let you extrapolate from there, dear reader.

But, objectively, this ballot is just as good as my favourite stories. There are such a wealth of good short stories that come out every year and if one spends a significant amount of time reading short fiction, then by definition one reads a lot of good individual stories. I read a couple of hundred stories a year and that barely dents the surface of what’s being published!

The other thing I want to note is how different the tone is between the novelette and short story ballots this year, which is not something I’ve ever noticed before! This short story list isn’t exactly fluffy, but it’s overall got more lightness and hope than the six stories in Best Novelette, many of which are… well, we’ll get to that. I don’t think it’s anything more than coincidence, but it’s an interesting one.

Joe: I think I’d like to start with “Badass Moms in the Zombie Apocalypse” because it’s a kick in the gut and it’s great and it is tonally unlike most of the stories on this ballot, which are otherwise quite charming.

Adri: Yes! Rae Carson’s story of childbirth and survival, set ten years into a zombie apocalypse (clue’s in the title) is excellent for how it turns the hypermasculine-hero survival narrative on its head, focusing on a fundamental aspect of human survival - childbirth - that becomes a nearly insurmountable task in the circumstances, and then putting a group of women at the centre of the story and (again, clue’s in the title) letting them be badasses, and mutually supportive badasses at that, even in the most dire of situations. Most importantly, it’s narrated from the perspective of Brit, the woman giving birth, making her the active centre of the experience, rather than a passive presence whose need for protection reduces her to immobilised, screaming victimhood. I like it.

Joe: Spoilers for the zombie apocalypse!

But - yeah, it’s a super cool story and it’s the sort of story I don’t see all that often and it’s absolutely fantastic.

Fantastic in a completely different way is John Wiswell’s “Open House on Haunted Hill”, a story which is, for lack of a better word, absolutely charming. That’s a word I want to use quite a bit in this category because that hint of lightness is all over the Short Story ballot and it’s frankly refreshing right now.

This is the story of a house that is on the market to be sold and doesn’t want to be alone. It wants a family. It wonders if it could haunt the glue on its own wallpaper to make itself more appealing to a potential buyer. “Open House on Haunted Hill” is just lovely and reads like a quiet exhale that blows the stress out of your body.

Adri: It’s definitely a story that brings a new meaning to the term “found family”! I love how it builds a sympathetic story around a set of people who don’t often get sympathetic portrayals, especially in this kind of genre: the sceptical podcaster trying to raise a boisterous kid, the estate agent (sorry, “realtor”), and of course the house itself would all be two dimensional villains or joke punchlines in another story, but here they’re people all trying to do their best.

The other story that made my cold heart melt is “A Guide for Working Breeds” by Vina Jie-Min Prasad, which continues Prasad’s track record of telling robot self-actualisation stories with wonderful wit and heart. It’s also told through a really great - if simple - text device, where the story is within a chat log between a newly freed robot and its automatically assigned mentor, so there’s lots of light-touch things going on in the “meta” text (e.g. screen names) that really adds to our understanding of the characters. I actually missed the anthology this was in, so I’m glad enough other readers saw it (the tor.com reprint can’t have hurt) and put it on their ballots so I could enjoy it.

Joe: Made to Order was a good anthology, but I tend do well with Jonathan Strahan’s anthologies even if I’m usually a couple of years behind when they are published (sorry, Book of Dragons).

We’ve definitely seen the story format for “A Guide for Working Breeds Before” and in some ways it reminds me of Naomi Kritzer’s “Cat Pictures Please”, though Prasad is doing something different here, but it’s another really pleasant story despite presence of a killer robot.

Speaking of Naomi Kritzer, I also enjoyed her story “Little Free Library” which is partially told through notes left in, well, little free libraries. I think we have all the story that we actually need in “Little Free Library” but I wanted just a bit more from it. There’s something so much bigger lurking around the outside and I have questions, but I suspect we have as much as we need for the story to work. But I have questions!

Adri: I really like “Little Free Library” but its the story that “sparks” the least for me out of these six, if that makes sense. It’s cute, watching a fae(?) revolution through scraps of documentation left for a girl in her Little Free Library box, but I don’t have much to say about it beyond “that was cute”. Cute is good, but cute plus thought provoking is my bar for Hugo cuteness.

The two stories we haven’t discussed yet are both spacefaring riffs on fairytales: The Little Mermaid for "The Mermaid Astronaut", and Hansel and Gretel for "Metal Like Blood in the Dark". Both end up pretty far from their sources in different ways: “The Mermaid Astronaut” removes the need for the mermaid to specifically yearn over a love interest (good), and in place of either the Disney or Andersen endings, creates a story where growth and change can involve coming full circle. Metal Like Blood in the Dark sticks in some ways to its original plot, but it shifts the moral weight of the story, making it about the sacrifices that Sister makes to keep her Brother safe in the outside world. By the way, they’re both robots.

Joe: I have a lot less to say about either of those stories. I liked “The Mermaid Astronaut” and appreciated what Yoon Ha Lee was doing in telling that story and the arc of the mermaid in question. The T. Kingfisher story didn’t work as well for me as the rest of the ballot did - which is unusual for me with a story from Kingfisher or Ursula Vernon, especially with how much I loved Kingfisher’s novel A Wizard’s Guide to Defensive Baking - which we’ll talk about when we discuss the Lodestar finalists.

Adri: I feel similarly. For fairytale retellings particularly, I’m learning that what makes the overall Hugo audience excited for a new version of a story is… kinda different to what I want? Like, we will never run out of space for retellings, especially ones that come from the margins and re-examine our dominant tropes through that lens. But I want an outstanding retelling to smack me over the head with something - whether that’s bringing in a radical kindness or another perspective or something that makes it obvious what the original story was missing, or pushes a big contradiction to the fore, or whatever. “The Mermaid Astronaut” gets close to that, “Metal Like Blood in the Dark” goes off more in its own direction (and doesn’t do anything terribly interesting with that direction), and it’s all objectively good - and two authors that I love - but they don’t get to that magical nebulous “best story of 2020” point.

Anyway. Now that we’ve covered it all, what’s at the top of your list?

Joe: This would be a really good time to actually put together my ballot and vote, but I’d say I have a very solid top three of “Open House on Haunted Hill”, “Badass Moms in the Zombie Apocalypse” and “A Guide for Working Breeds”. I *think* that would be my ballot order but I could also change the order a dozen times between now and when I actually submit the ballot.

Adri: I’m still sad about Fandom for Robots not winning a couple of years ago, and “A Guide for Working Breeds” did similar mushy things to my heart, so it’s going to take top spot for me. We have the same top three overall, but I don’t know how I’ll go between Open House on Haunted Hill and Badass Moms in the Zombie Apocalypse. Coin flip, maybe? I’ll work something out.

Joe: Well, that’s a category and it’s another strong one. It’s been fun reading through the ballot this year.