Joe - For the gamer with a dedicated gaming group 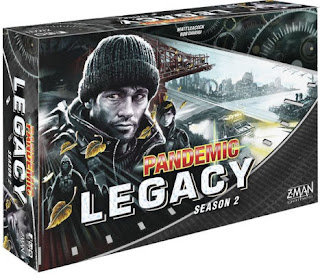 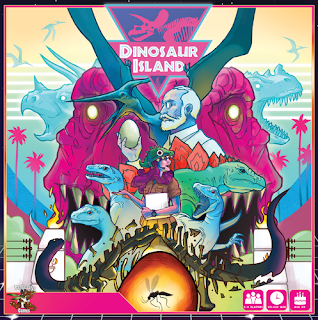 Before I even talk about the game itself, how can you not want to buy this based on the exceptional box art alone?!? The goal of Dinosaur Island is to build a successful dinosaur theme park. A good park will include rides, attractions, and dinosaurs! Putting a T-Rex in your park will bring you some visitors, but you run the risk of it breaking out. Featuring clever worker placement mechanics, dino crafting via DNA collection, and a fun auction mechanic,  Dinosaur Island will definitely impress when it hits the table.

Mike - For the gamer who wants to test friendships 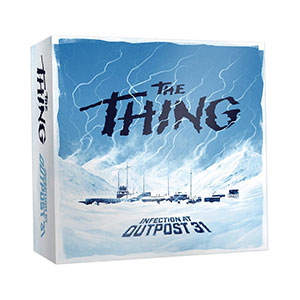 The Thing: Infection at Outpost 31 by Mondo

Mondo's first excursion into the world of games is a lot of fun and drops you arctic outpost from John Carpenter's 1982 film The Thing. As you explore the outpost and battle The Thing, you also have to figure out who among the group is a human and who has been infected. Very few gaming moments are as fun as deceiving one of your friends so you can make it to the escape chopper and bring the infection to the rest of the world.

Mike - For the gamer looking for a stocking stuffer 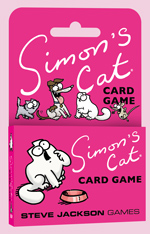 At the low cost of only $6.95, Simon's Cat packs a lot of fun into a deck of 48 cards. Featuring art from the Simon's Cat YouTube cartoon (which I have never seen, but have been told about it by my kids' friends every time we play this game), Simon's Cat is a light Uno-esque card game that is a lot of fun and can be played very quickly. This is our go to game to play while we wait for food at a restaurant or want something light for a quick family game.