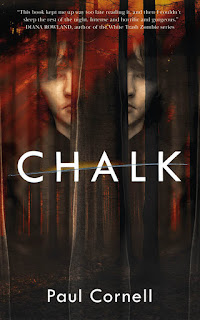 Andrew Waggoner has always hung around with his fellow losers at school, desperately hoping each day that the school bullies — led by Drake — will pass him by in search of other prey. But one day they force him into the woods, and the bullying escalates into something more; something unforgivable; something unthinkable.

Broken, both physically and emotionally, something dies in Waggoner, and something else is born in its place.

In the hills of the West Country a chalk horse stands vigil over a site of ancient power, and there Waggoner finds in himself a reflection of rage and vengeance, a power and persona to topple those who would bring him low.


Why we want it: I have been hearing about this book everywhere and I can't wait to dig in. I am a huge fan of horror and this looks to be a truly great read. 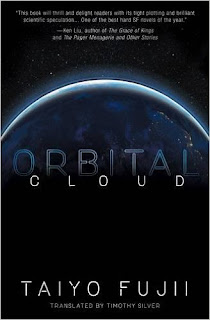 
The global war on terror has a new front—the very edge of outer space.

In the year 2020, Kazumi Kimura, proprietor of shooting star forecast website Meteor News, notices some orbiting space debris moving suspiciously. Rumors spread online that the debris is actually an orbital weapon targeting the International Space Station. Halfway across the world, at NORAD, Staff Sergeant Darryl Freeman begins his investigation of the debris. At the same time, billionaire entrepreneur Ronnie Smark and his journalist daughter prepare to check into an orbital hotel as part of a stunt promoting private space tourism. Then Kazumi receives highly sensitive information from a source claiming to be an Iranian scientist. And so begins an unprecedented international battle against space-based terror that will soon involve the Japan Aerospace Exploration Agency, NORAD, and the CIA.


Why we want it: I am always intrigued by what Haikasoru are putting out and have never been disappointed yet. This latest science fiction thriller looks to be another hit. 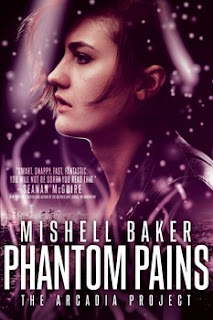 
Four months ago, Millie left the Arcadia Project after losing her partner Teo to the lethal magic of an Unseelie fey countess. Now, in a final visit to the scene of the crime, Millie and her former boss Caryl encounter Teo’s tormented ghost. But there’s one problem: according to Caryl, ghosts don’t exist.

Millie has a new life, a stressful job, and no time to get pulled back into the Project, but she agrees to tell her side of the ghost story to the agents from the Project’s National Headquarters. During her visit though, tragedy strikes when one of the agents is gruesomely murdered in a way only Caryl could have achieved. Millie knows Caryl is innocent, but the only way to save her from the Project’s severe, off-the-books justice is to find the mysterious culprits that can only be seen when they want to be seen. Millie must solve the mystery not only to save Caryl, but also to foil an insidious, arcane terrorist plot that would leave two worlds in ruins.

Why we want it: The first book in this series, Borderline, was one of my absolute favorites from 2016. I will probably re-read it (something I rarely do) before tackling this gem. I have been looking forward to this book since I finished the first one over a year ago. It has been a long wait but I know it will have been worth it. 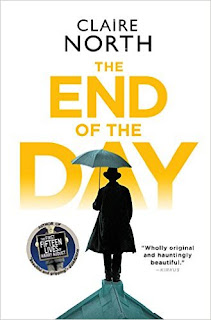 At the end of the day, Death visits everyone. Right before that, Charlie does.

You might meet him in a hospital, in a warzone, or at the scene of a traffic accident.

Then again, you might meet him at the North Pole - he gets everywhere, our Charlie.

Would you shake him by the hand, take the gift he offers, or would you pay no attention to the words he says?

Why we want it: Claire North is an author constantly recommended to me by countless fellow readers. I've every book she's written on my shelves and am looking forward to adding this one. 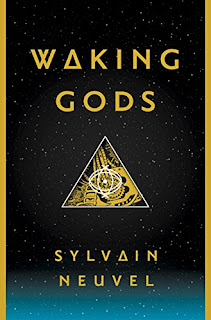 
As a child, Rose Franklin made an astonishing discovery: a giant metallic hand, buried deep within the earth. As an adult, she’s dedicated her brilliant scientific career to solving the mystery that began that fateful day: Why was a titanic robot of unknown origin buried in pieces around the world? Years of investigation have produced intriguing answers—and even more perplexing questions. But the truth is closer than ever before when a second robot, more massive than the first, materializes and lashes out with deadly force.

Now humankind faces a nightmare invasion scenario made real, as more colossal machines touch down across the globe. But Rose and her team at the Earth Defense Corps refuse to surrender. They can turn the tide if they can unlock the last secrets of an advanced alien technology. The greatest weapon humanity wields is knowledge in a do-or-die battle to inherit the Earth . . . and maybe even the stars.

Why we want it: When I was packing up for a move I made sure to leave out the book Sleeping Giants, the first book in this series. I want to be able to read these back-to-back after hearing so many amazing things about the first one. 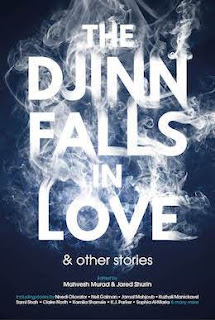 Murad, Mahvesh and Jared Shurin, eds. The Djinn Falls in Love and Other Stories [Solaris, 2017]


Imagine a world filled with fierce, fiery beings, hiding in our shadows, in our dreams, under our skins. Eavesdropping and exploring; savaging our bodies, saving our souls. They are monsters, saviours, victims, childhood friends.

Some have called them genies: these are the Djinn. And they are everywhere. On street corners, behind the wheel of a taxi, in the chorus, between the pages of books. Every language has a word for them. Every culture knows their traditions. Every religion, every history has them hiding in their dark places. There is no part of the world that does not know them.

They are the Djinn. They are among us.