Tip of the Hat: Gone Podcast 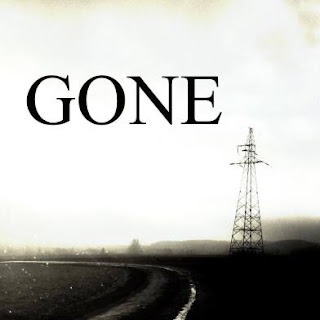 I don't review podcasts. That's not one of my things. But even though I don't run in podcast circles, I do see a number of the more popular ones bubble up and enter into the conversational spaces I frequent. The one I don't see come up is Gone, a fiction / horror podcast written, performed, edited, produced, and everythinged by Sunny Moraine.

You may know Sunny Moraine from the excellent story "Eyes I Dare Not Meet in Dreams", originally published in 2015 at Cyborgology and reprinted this year at Tor.com. You may know them from their novels or story collection.

You should also know them from their excellent podcast because Gone is one of my favorite things running today.  You can listen to it here.

Moraine describes it as such:


Gone is a serial horror fiction podcast that I write, narrate, and produce. Most simply, it’s a creepy story about a world in which everyone but the protagonist has mysteriously vanished overnight, leaving no trace or clue regarding what happened and why. As the last remaining person struggles to make sense of her situation, that situation becomes increasingly desperate. Things begin to fall apart, the center does not hold – and the dark is coming. And she might not be quite as alone as she believed.

More deeply, it’s a very personal story about loneliness and fear, isolation, the terror of not being able to trust your own mind, and the pain of bitterness and resentment. There’s a lot going on in it.

Gone is fantastic, though a little bit difficult to find if you don't know who created it. I struggled a little bit to find it even after I knew it existed but couldn't remember where I heard of it.  I'm glad that I persisted because I look forward to new episodes every other week.  I'm writing this when there are only four episodes plus some interludes released. There will be a fifth episode by the time this publishes, which concludes the first mini arc at the midpoint of the first season. I would hold this article until after the fifth episode, except that I'm perhaps only days away from the birth of my daughter and I might be distracted for a little while after that, and I didn't want to not talk about Gone.

Each episode gives a little bit more of the shape of what happened, though centered tightly on the narrator and her perspective. It is becoming relatively clear (as much as anything is clear this early on) that things are not whatever the narrator thinks they are and there is something lurking behind the shadows and that she might not be nearly as alone as she thinks she is. It's creepy and fascinating.