Today we're joined by Valeria Vitale and Djibril al-Ayad, co-editors of the forthcoming Noir issue from The Future Fire (TFF). For those who aren't familiar, TFF is a quarterly zine focusing on "social political and speculative cyberfiction": we are big fans of their short fiction and previous anthologies!. Their noir anthology is currently open to submissions, and we've taken the opportunity to ask Valeria and Djibril a little about speculative noir, what it means and where we see it in genre today.

NoaF: Hello! Can you start by telling us about yourselves? 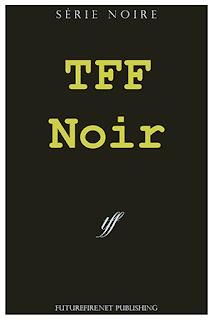 Valeria: I am a researcher by day, currently spending my time looking at old maps and discovering what they can tell us about the moment in time and space they captured. By night, I’m an avid reader and spectator, wannabe writer, and, thanks to Djibril who introduced me to The Future Fire (TFF), enthusiastic editor of speculative fiction. I always liked genre and speculative fiction, in particular noir, horror, and gothic, both on page and on screen. But these, and perhaps noir in particular, are probably the genres that are most often ridden with ugly tropes and stereotypes, to the point that the annoyance (when not sheer rage) cancels out some of the enjoyment. I am very excited to see a sort of renaissance of horror with a lot of new, diverse authors using this genre to tell very poignant and relevant stories. But noir… noir seems to be left behind. And after complaining once more about how difficult it is to find a noir story that is not obnoxious, Djibril and I decided to do what editors do: we will ourselves publish the kind of stories that we, and hopefully many others, will love to read! That’s how the call for TFF Noir came to be.

Djibril: I am the co-founder and current editor-in-chief of TFF, an online magazine of social-political and progressive SFF. In my day job I alternate between being a futurist and a historian, and in the tiny amount of free time I manage to squeeze between wage-laboring and editing scifi, my interests include ancient and modern languages and the history of magic and the occult. We’ve published half a dozen short story anthologies with Futurefire.net Publishing (the press behind TFF), most of them with guest co-editors, and they’ve all helped us to branch out in new directions and to new audiences and collaborators. Without this sort of collaboration I don’t think we would be still publishing after 16 years of this.

NoaF: Let’s start with the basics: What is noir? Is it a trope, an aesthetic, a genre, or something else (or all of the above)?

Valeria: It is all of the above and more. It is definitely a genre that has its own tropes and aesthetics and canon and recognised classics and masters, in literature, cinema, as well as visual arts. However, defining it unequivocally can be challenging, and people may not agree on a clear cut definition. Do we need some sort of investigation to take place in order to call a story noir? Or is it more about the atmosphere, or even those trite clichés that many noir consumers both hate and love? Personally, I’d say it is more about the aesthetic, and possibly even the feeling it generates in readers or spectators.

NoaF: What about when we talk about SFF noir? What does noir bring to speculative fiction that makes those stories great?

Djibril: When you look at the mix of tropes and aesthetics in Noir that Valeria mentioned, including and especially those we want to subvert or surpass, a lot of these are things that we see in one or another flavour of speculative fiction already: cyberpunk, dystopian, low fantasy, and especially in the underdogs or antiheroes of socio-political or “soft” SF. By mixing the tropes, aesthetics and sheer pulpiness of genres such as space opera, magical fantasy or horror with the gritty, transgressive, unfinished feel of some of the best Noir, we can combine in the most emphatic way those things that make Genre (capitalization sic) the powerful art-form that it is: unapologetic love of story, freedom to cross boundaries and break rules, inventiveness and blending the point of the game rather than side tricks. This can also, although doesn’t have to, allow the story to be deeply political—in the sense that all art is political, but it’s of course not all progressive.

Valeria: One thing that I love in Noir is how it brings the spotlight on unusual characters, on those who live on the margins. Before becoming a banalisation of the anti-hero, noir stories were about the people who, for one reason or another, didn’t fit in: women too independent to get married, journalists who are not for sale, the small and the powerless whom no one notices but who notice everything. The genre had all the right cards to become the most subversive, progressive, anti establishment genre ever. It didn’t, but I think it’s not too late.

NoaF: Some well-known SFF subgenres, like cyberpunk, are already strongly linked to noir, especially in film - but I get the impression there are plenty of works drawing from noir that we - and the creators - might not recognise! Are there any “stealthy” noir trends you notice in fiction?

Valeria: Surely there is a strong, and fertile, connection with other subgenres that has been going on for a long time. I’m not sure I can identify an actual growing trend towards noir, though, unless you count the proliferation of re-writing of classic stories with one of the characters becoming a detective, from Jane Austen to Dante! Maybe something that I think comes from classic noir and that I see more and more often in SFF is a kind of sense of dread, almost doom. The idea that we are powerless in the face of events such as climate change, the dictatorship of super corporations, the corruption of politicians is definitely something that is familiar to noir readers and that I feel can be detected more and more often in SFF stories. However, this component of the noir aesthetic is exactly one of the things that we would like to challenge, in making the genre more progressive. I’m not saying that noir stories should leave behind their signature existential dread and feeling of looming injustice, but that this should be seen as a trigger to start fighting back, instead of a descent into nihilism.

Djibril: Yes exactly—playing with genres and boundaries as well as expectations and clichés helps to make us aware of these trends, focus on the harm or good they do, and try to make this better. Being political is all about being purposeful and mindful in how you choose and navigate your genres.

NoaF: When we think about old-school noir, we’re likely to call up images of lone wolf white male detectives encountering hypersexualised femme fatales and perhaps some female victims along the way. How does noir in 2021 look beyond those stereotypes, and subvert these tired expectations?

Djibril: I think the simplest answer is, again, by consciously deciding what to publish, by which authors, for what sort of audience, and with what experiences and worldviews informing the story. You’re less likely to see femme fatales, little sisters, and victims always through the male gaze with a better representation of women authors. And you get stories that not only avoid basic racism, homophobia and other bigotries, but also bring the worldviews of real marginalised demographics into play (rather than a shallow “colorblindness” or invisibility) when you have QPOC (e.g.) involved in writing, reading, illustrating, commissioning, editing and all other stages of the publication process. 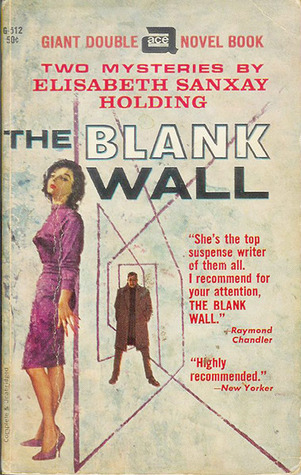 NoaF: Finally, let’s have a recommendation question. What works - new or old - should we check out to get our appetite for noir fiction going?

Valeria: One of my very favourite noirs is The Blank Wall, written by Elisabeth Sanxay Holding, considered an extraordinary talent by Chandler himself, but who, being a woman, struggled even to find a publisher. The story is very, very noir, and yet the protagonist is possibly the least noir character you can imagine: a quiet 1950s American housewife. Not only is it an excellent story, full of suspense and strong emotions, but it also offers a disquieting view into the life of women in those years, and how little they were in charge of their own lives. The noir trilogy by Nicola Griffith, featuring detective Aud Torvingen, is another very good choice, with all the darkness, sadness, and fist fights that we enjoy in noir, but where the disillusioned detective is a woman. She is also queer and, quite rightly, no big deal is made of it. In the past years, Noir has been often associated to quite ugly xenophobic stereotypes, portraying shady characters and mobs often as belonging to ethnic minorities. But a growing strand of noir authors had already started twenty years ago to bend the tropes to talk about the struggles of these minorities and how a life of denied opportunities and second class treatments made them more vulnerable to crime and oppression. Walter Mosley is possibly the best example of using Noir to tackle racial stereotypes, if you have not read Devil in a Blue Dress, do yourself a favour and get hold of it! But there are many others, like Henry Chang or Jérémie Guez, for example, who explore the mixed loyalties and complex identities of second generation immigrants. A very interesting contemporary author is Megan Abbot, her short novel Queenpin is a literary jewel that elegantly subverts all stereotypes while remaining a model noir story. She has tried more recently to move noir away from its worn settings of rainy, neon-lit metropolis and has experimented with very unusual contexts, like American high schools and cheerleading squads. 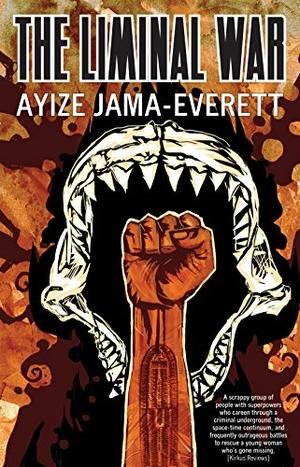 Djibril: If we want to go into speculative noir for a moment, I very much enjoyed Rosa Montero’s Tears in Rain, a deliberate (and unconcealed) riff off the replicant characters in Bladerunner, which uses the conceit and setting to address exclusion and bigotry and the rise of opportunistic political demagogy. Ayize Jama-Everett’s Liminal People trilogy, in contrast, takes the well-worn crossover of superhero and noir genres and smelts it (along with sprinklings of myth, horror and social realism) in a crucible of explosive violence and fury, into a multicultural and progressive story. Elements of this crossover and energy appear in Walter Mosley’s Futureland collection, Daniel José Older’s original Salsa Noctura stories, a lot of Lavie Tidhar (including the subversively optimistic Central Station), and a few more of our favourite authors.

Valeria: Oh! Talking of contaminations and unusual contexts—if like me you are curious about noir crossing paths with magic and the supernatural, I quite enjoyed Zoo City by Lauren Beukes. We could go on for days, but I better stop here!

NoaF: Thank you so much! How can authors get in touch with you for the upcoming anthology?

Djibril: The main message to authors is to follow the guidelines in the TFF-Noir CFS, and also not to self-reject. If you think your story might be a fit but it’s unusual in some way, no need to ask for permission, just send it in and let us decide! We want to read everything! But if you do want to get in touch, please feel free to email at the fiction address with a query, or ping me on Twitter (although we’ll probably say the same thing there) with any questions. We’re looking forward to see your work!

NoaF: Thank you, Djibril and Valeria!